Where the heck is that, you may ask and why would we go there? 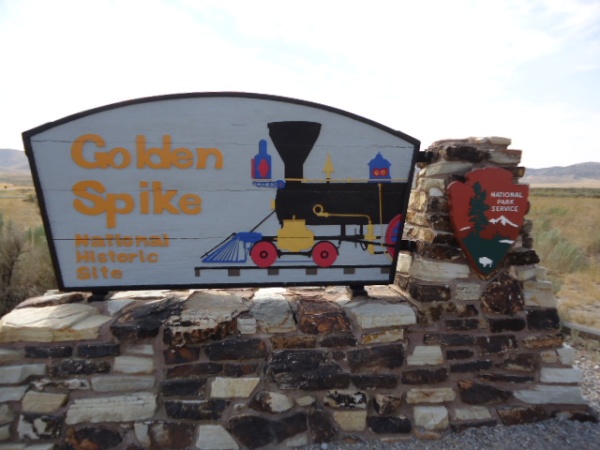 Well, this is the closest city with a hotel to the Golden Spike National Historic Site. 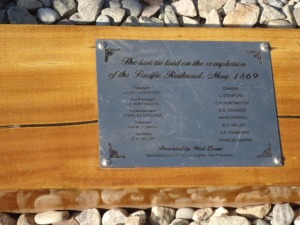 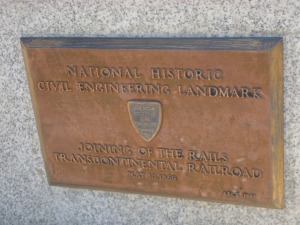 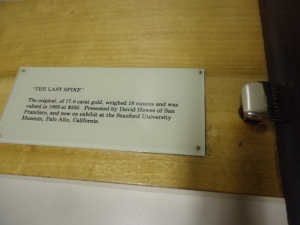 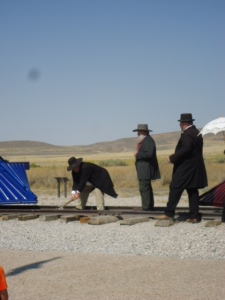 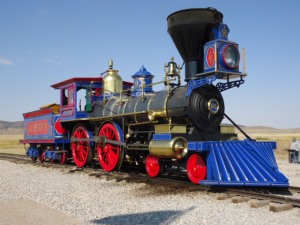 This is where the joining of the rails of the first Transcontinental Railroad across the United States connecting the Central Pacific and Union Pacific railroads occurred on May 10, 1869, at Promontory Summit, Utah.

And that was your US History lesson of the day. 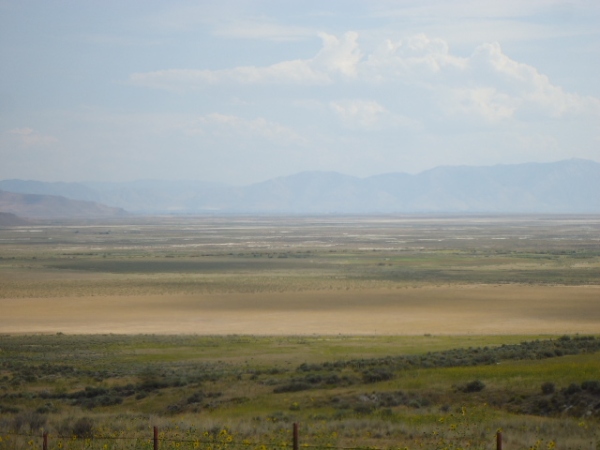 No, really, this place is so amazing. Granted, we had to go out into the middle of nothing basically, but it was very beautiful. 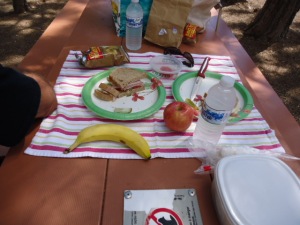 There’s nothing here, so if you go, take lots of cold water and a picnic.

Not much in Tremonton either. 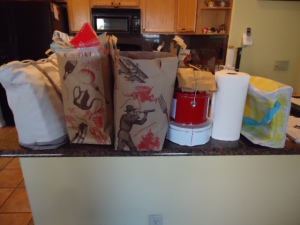 A girlfriend of mine had sent me an email while we were on the road and she said, “I’m sure your car is a moving grocery store.”   YUP!  I even had a case of wine.  😉

I had done a lot of searching on the `Net while we planned this trip, looking for different places and ways that we were going to get fed.

What I found for this locale was in the next town over, JC’s Country Diner. It says that it’s in Tremonton, but really it’s not. I had stashed one of their cards in my bag, but now I can’t find it. Anywhos… 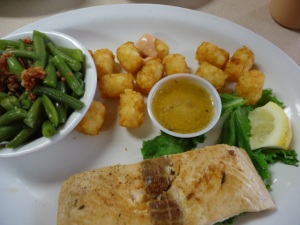 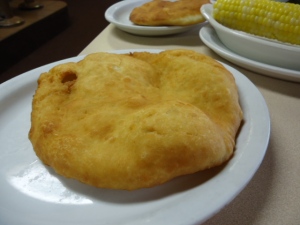 We had the special of the day, Salmon Plate with `Tots and THE  special Tater Tot sauce –  along with green beans and bacon (DH had corn on the cob rather than the tots). This is all served with your choice of bread; I had read that their scones were really good. Different. I wouldn’t call it a scone, it seemed more like fried bread.

This is very much the local hang out for coffee and a chat.  This ain’t no BEVERLY HILLS, this is the country.  Where folks is folks and a diner will give ya’ an honest, square meal, nothing fancy, just good grub.  AMEN!

We only stayed but that one night – too bad, I liked it here, but it was Wagon’s Ho! 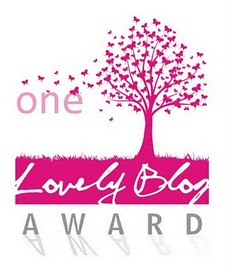 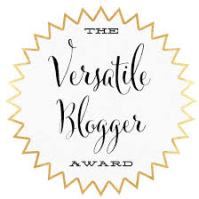 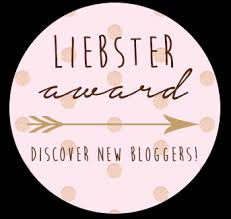 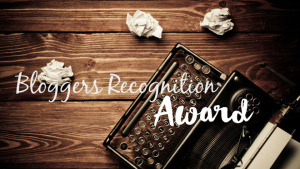 Follow My Kitchen In The Middle Of The Desert on WordPress.com